Father in custody after infant dies from suspicious injury 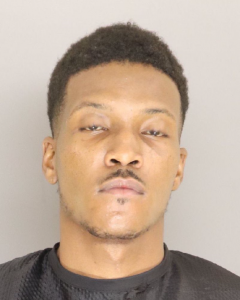 COLUMBIA, SC (WOLO)– The Sumter Police Department says a 23-year-old man is in custody after his infant child died from injuries officials deemed suspicious. On Sunday, authorities say the infant’s mother left the 11-week-old baby with his father, Dashun Malik Canty, and went to an appointment. When she returned, investigators say she found the infant unresponsive but alive. Police say the mother took the baby to Prisma Health Tuomey before he was transferred to a Columbia hospital where the family learned he had died.

According to the Sumter County Coroner’s Office, the baby suffered a head injury that they consider suspicious. Investigators say an autopsy is scheduled for Tuesday.

Police say Canty has been charged with homicide by child abuse as well as contempt of family court in an unrelated matter. Police say he was taken into custody on Monday and was booked at the Sumter County Sheriff’s Office Detention Center.