BREAKING: Orangeburg Co. Fire Services: Abandoned home where a body was discovered in a freezer days ago has been burned to the ground

COLUMBIA, SC (WOLO)– UPDATE: On Tuesday afternoon, the Orangeburg County Fire Services confirmed to ABC Columbia that the house where the body was discovered in a freezer burned to the ground. 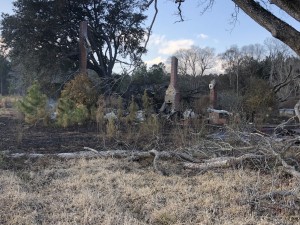 The Orangeburg County Sheriff’s Office is investigating after, they say, a body was discovered in a freezer at an abandoned home in Norway.

Investigators say eight individuals went to the home on Woodview Circle after they heard it was haunted. According to authorities, one of the individuals saw a deep freezer in the home and opened it, discovering what he thought was a body wearing blue jeans and socks.

Deputies say they responded to the scene and found a badly decomposed body in the freezer.