President Trump returns to twitter, ‘ I am outraged by the violence, lawlessness, mayhem’

The President's response comes 24 hours after thousands swarmed, then vandalized the Capitol building 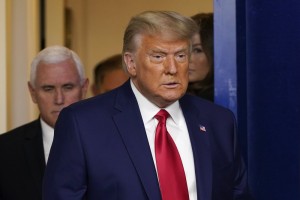 Washington, DC (WOLO) — 24 hours after thousands of Trump supporters stormed the United States Capitol to protest the certification of the electoral votes of President -Elect Joe Biden, President Trump is speaking out. Trump  condemning the brutal attack and vandalism that took place in a more than 4 hour period at the Capitol Wednesday afternoon.

While The president’s accounts for Facebook and Instagram have been blocked, the Commander in Chief was able to speak to the nation via Twitter. Trump took to the social media site Thursday responding to the violence that erupted at the Capitol and led to the death of five people, at least 52 arrests.

In the post the President said the people who infiltrated the Capitol building have defiled the seat of American democracy. He went on to say, that like all Americans he is “outraged by the violence, lawlessness and mayhem” adding, ” those who engaged in the acts of violence and destruction do not represent our country. Those who broke the law will pay.”

Thursday, President -Elect Biden spoke out about the attacks placing the blame squarely on the shoulders of President Trump during a press conference in Wilmington, Delaware saying,

“We could see it coming. The past four years, we’ve had a president who has made his contempt for our democracy, our Constitution, the rule of law clear in everything he has done. He unleashed an all-out assault on our institutions of our democracy from the outset. And yesterday was but the culmination of that unrelenting attack, .