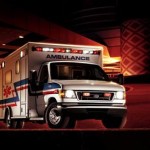 SWANSEA, S.C. (WOLO) – The Lexington County Coroner’s Office has identified the victim of a fatal crash in Swansea on Friday.

According to investigators, at approximately 8:40 p.m., Cassidy overcorrected his vehicle, causing it to leave the road and overturn.

The South Carolina Highway Patrol is also investigating this incident.