LCSD: Deputies arrest man after more than 90 pounds of marijuana is found in his home 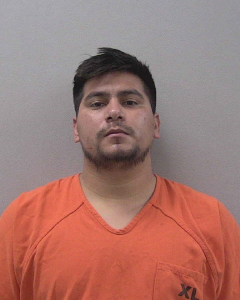 COLUMBIA, SC (WOLO)– The Lexington County Sheriff’s Department says they arrested a man on Thursday, after they found more than 90 pounds of marijuana in his home. Deputies say 26-year-old Javier Ayala has been charged with trafficking marijuana and possession of a weapon during a violent crime.

“We received a community tip drug activity was taking place at Ayala’s home in the 200 block of Crestridge Drive,” Lexington County Sheriff Jay Koon said. “Members of the Lexington County Narcotics Enforcement Team made contact with him at his home and smelled the marijuana as they talked to him.”

Officials say they recovered more than $26,000 in cash as well as four handguns.

“The drugs, guns and money were all found in Ayala’s bedroom,” Koon said. “We estimate the street value of the marijuana seized to be about $455,000.”

Deputies say Ayala is being held at the Lexington County Detention Center.

A Tree for the Fallen ceremony held at the S.C. State House