COLUMBIA, SC (WOLO)– Around 6:30 a.m. on Thursday, the Columbia Police Department says they arrested a man accussed of three armed robberies over the past several months, while he pretended to be interested in buying items through Facebook. Police say 20-year-old Elijah S. Webb is charged with attempted murder, three counts of armed robbery, three counts of possession of a weapon during a violent crime, grand larceny and discharging a firearm into a vehicle. 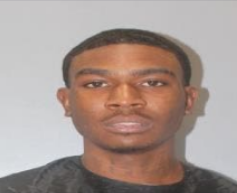 On January 22, 2021, authorities say Webb is accussed of stealing gaming equipment from multiple males at gun point on the 5200 block of Farrow Road. Officials say Webb is also accussed of firing into the vehicle as they attempted to leave the area. No injuries are reported.

On November 27, 2020 at the Latimer Manor Apartments, police say Webb is accussed of stealing a pair of basketball shoes, a wallet, phone and car keys from a male victim.

On November 4, 2020, officials say Webb is accused of taking a phone, wallet and clothing from the female victim at gunpoint. Police say this incident also occurred at Latimer manor Apartments.

Series of earthquakes continues with 15th reported near Elgin