COLUMBIA, SC (WOLO)– The Orangeburg County Sheriff’s Office says they arrested two juveniles on Monday and are looking for a third individual. Authorities say the group is accused of robbing a man of his cell phone and vehicle. Deputies say Daquan Simmons, 17, has been charged with armed robbery, kidnapping and carjacking. Deputies say a 13-year-old was also arrested, charged and brought to the Department of Juvenile Justice in Columbia. 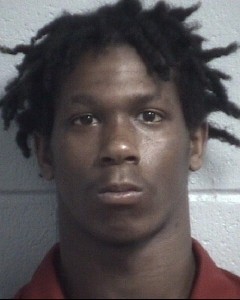 “This was a team effort that resulted in these arrests,” Sheriff Leroy Ravenell said. “We had people on the ground within minutes to apprehend these suspects.”

Around 4 p.m. on Monday, deputies say they were called to Roosevelt Gardens, where a man reported being robbed at gunpoint while meeting a buyer for a cell phone. Investigators say three individuals took the man’s cell phone and forced him into his truck. Authorities say the truck drove into a ditch after a struggle in the vehicle near the Edisto Memorial Gardens.

Depuities on the scene say they arrested two subjects and are looking for a third.