COLUMBIA, SC (WOLO)– The Lexington County Sheriff’s Department says they have arrested three individuals and are looking for an additional three, wanted for a financial fraud scheme.

“Our investigation into the scheme started during a Jan. 26 traffic stop on a stolen vehicle,” Lexington County Sheriff Jay Koon said. “The deputy found checks that appeared to be forged and numerous debit cards inside the car. We eventually determined they had been stolen from mailboxes.”

Deputies say they worked alongside the U.S. Postal Inspection Service to investigate the case.

“We worked together to uncover a scheme that started at the end of 2020 where the suspects were depositing stolen and forged checks into fraudulent bank accounts.” Koon said. “These bank accounts were in the names of more than 20 people who had no idea their identities had been compromised.” 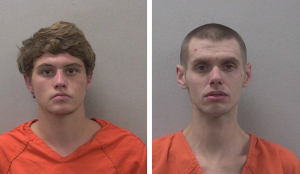 “Anyone who knows where Payton, Shanklin and Tindall might be should share that information with us through Crimestoppers,” Koon said. “You can use the Crimestoppers app or website to share those tips with us.”

Tips can be submitted online at crimesc.com.