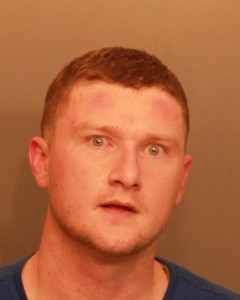 COLUMBIA, SC (WOLO)– Deputies with the Saluda County Sheriff’s Office arrested Cody Delmore Thursday morning during a traffic stop. They say he was first pulled over for speeding, but further investigation found Delmore not only had a suspended drivers license, but also had drugs in his car.

Delmore is charged with possession with intent to sell methamphetamine, possession of drug paraphernalia and driving under suspension.