On Tuesday, deputies say they arrested 34-year-old Kevin Christopher Billups hours after receiving a video link which allegedly showed him engaged in a sexual act with a dog.

The Post and Courier reports he worked in Richland School District Two. 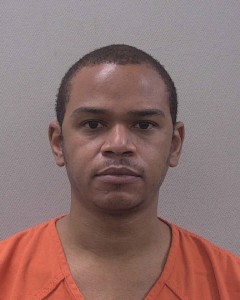 “We received the first video associated with the dog in the form of an anonymous tip Tuesday morning,” Lexington County Sheriff Jay Koon said. “Investigators immediately got a search warrant for Billups’ home and found evidence linking his home with that video. We also found an external hard drive containing hundreds of images and videos of child pornography.”

“Based on information he provided to us during that interview and the evidence collected from his home, we arrested him and transported him to the Lexington County Detention Center,” Koon said. “The dog involved in this case has been relocated and is in the care of an animal rescue organization.

Officials say buggery is a felony offense punishable by up to five years in prison and/or a fine of not less than $500, and third-degree sexual exploitation of a minor is a felony which carries a penalty of up to 10 years in prison.