COLUMBIA, SC (WOLO)– The Saluda County Sheriff’s Office says a man has been arrested and charged with murder, following a shooting that occurred Tuesday. Authorities say Aaron Hood was arrested following the incident on Keisha Avenue.

According to investigators, witnesses say they saw Hood carrying a gun and walking towards the victim shortly before shots were heard.

“Through the investigation, it has been determined that Hood along with a co-defendant, Shawn Pridgen, went to Keisha Avenue with the purpose of finding and assaulting the victims,” said Sheriff Josh Price. 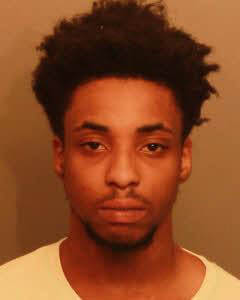 Officials say Hood and Pridgen fled the scene, but Hood was arrested shortly after the incident, and Pridgen was brought into custody later than evening. Authorities say Hood has been charged with murder and assault and battery of a high and aggravated nature, while Pridgen faces a charge of accessory to murder.

Officials say the victim was pronounced dead on the scene by Saluda County Coroner Keith Turner. The coroner identified the victim as Xavier Cancer.

If you have any information about this incident, contact the Saluda County Sheriff’s Office at 864-445-2112.