COLUMBIA, SC (WOLO)– According to the Lexington County Sheriff’s Department, a West Columbia man is facing trafficking charges after law enforcement discovered over 400 grams of cocaine in his truck during a traffic stop. 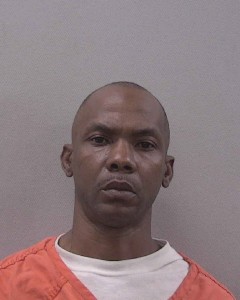 Authorities say 44-year-old Curley Brooks was arrested on Saturday and charged with trafficking cocaine, trafficking crack and unlawful neglect of a child.

“Agents from the county’s Narcotics Enforcement Team, along with State Law Enforcement Division agents, were working a case on Glenn Road in Gaston Saturday when they received word cocaine would be in Brooks’ truck,” Lexington County Sheriff Jay Koon said. “They stopped the truck and recovered more than 400 grams of cocaine from the passenger seat.”

Officials say they also found more than 15 grams of crack in the back seat of the truck.

“Brooks had a young child in the car with the drugs, which led to the unlawful neglect of a child charge,” Koon said.

According to officials, Brooks was arrested at the scene and brought to the Lexington County Detention Center.