Clemson says no complaints against Watson while at university 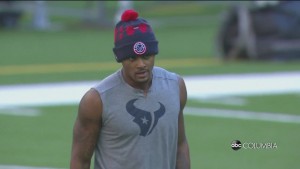 Clemson, S.C. (WOLO)–In response to a Freedom of Information Act request, Clemson University officials say CUPD has no record of any complaints against Deshaun Watson during his time at the school.

Officials add that though requests for Title IX records may be protected under the federal Family Education Rights and Privacy Act, the former student (Watson) has authorized Clemson to confirm that there are no Title IX or office of Community and Ethical Standards’ records regarding reports of sexual misconduct or inappropriate behavior of a sexual nature, or any Title IX violations regarding this student.

The former Clemson quarterback and current member of the Houston Texans is facing 21 lawsuits regarding alleged inappropriate behavior with massage therapists.

Watson has denied any wrongdoing saying he has only treated women with “the utmost respect”.

Lawsuit: Police drew gun on driver whose headlights were off