Officials say a majority of the D.U.I. arrests they've made have been during the day 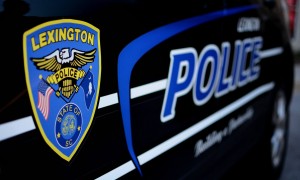 Lexington, SC (WOLO) — Lexington Police say one of their main priorities is making sure residents and those coming into the area are staying safe. The department saying they have been working on ‘improving traffic safety’, but when it comes to people driving under the influence, officials say the numbers are becoming a concern.

According to Lexington Police, they have made 60 D.U.I arrests in just the first four months of the new year and what’s worse, is they say a majority of them are taking place during the day when the roads  in the area are often the busiest. According to police, some of these arrests have taken place after either collisions or traffic stops.

Police warn those who plan to get behind the wheel should always drive responsibly adding that these ‘risky behaviors’ could lead to people being hurt and worse.

There are so many reasons and ways not to drive after you’ve been drinking or otherwise intoxicated. Make the smart choice and have someone sober behind the wheel. #TargetZeroSC #CollisionsAreNotAccidents pic.twitter.com/ppYq9DVuRh