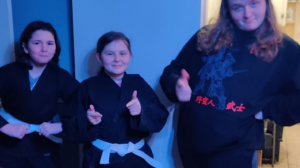 ROCK HILL, S.C. (WOLO) – A GoFundMe page has been set up for the children of one of the victims of the fatal shooting in Rock Hill.

The page is looking to raise $15-thousand to help James Lewis’ three kids.

According to York County deputies, Lewis, who was an HVAC technician, was with his co-worker Robert Shook working at the home of Dr. Robert Lesslie on Marshall Road Wednesday afternoon, when former NFL and SC State football player Phillip Adams, shot and killed five people.

Authorities say Dr. Lesslie, his wife Barbara, their grandson Noah Lesslie, 5, and their granddaughter Adah Lesslie, 9, died from the shooting, while Lewis died from his injuries, and Shook is currently recovering after being critically injured.

Deputies say Adams later shot himself in his parents’ home.

If you want to donate, visit the fundraiser’s GoFundMe page.