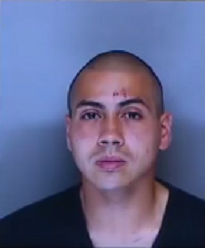 COLUMBIA, SC (WOLO)– On Thursday afternoon, Richland County Sheriff Leon Lott released the identity of a Fort Jackson soldier who was arrested for hijacking a school bus at around 7 a.m.

Sheriff Lott says they arrested 23-year-old Jovan Collazo. Authorities say he has been charged with 19 counts of kidnapping, armed robbery, carjacking, pointing and presenting a firearm, use of a weapon during a violent crime and unlawful carry of a weapon on school property.

Investigators say around 7 a.m., Collazo ran off of Fort Jackson and ultimately to a bus stop on Old Percival Road armed with a rifle, where he got on the school bus bound for Forest Lake Elementary.

Deputies say 18 students and a driver were ultimately let off the bus unharmed. According to investigators, the suspect ultimately abandoned the bus and was arrested a short time later.