COLUMBIA, SC (WOLO)– The Sumter County Sheriff’s Office says a former detention center officer was arrested Tuesday and charged with solicitation of prostitution and misconduct in office. Deputies say they arrested 37-year-old Michael James Barrs, who worked at the Sumter County Sheriff’s Office Detention Center, when they were executing a search warrant at his home. 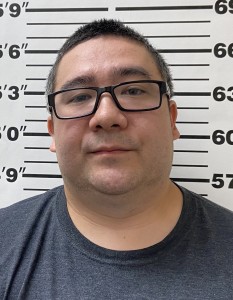 According to investigators, Barrs used his position to obtain contact information for female inmates and later engaged in multiple instances of inappropriate and illegal contact after they were released on bond.

“This type of misconduct by any of my officers will not be tolerated and we will make sure Barrs faces full punishment for his actions,” Dennis said. “I will not allow the criminal behavior of individuals associated with Sumter County Sheriff’s Office to go unpunished and I will not allow those individuals to sully the reputation of this agency.”

According to the Sumter County Sheriff’s Office, Barrs was hired December 17, 2018, after serving for roughly 13 years with the South Carolina Department of Corrections.

Authorities say the investigation is ongoing and more charges could follow.