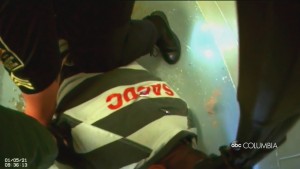 Columbia, SC (WOLO) — South Carolina Congressman, and Majority Whip Jim Clyburn is reacting to the death of Jamal Sutherland who officials say suffered from schizophrenia and a bipolar disorder and died after authorities say he was tased six times while in custody at the Charleston County Jail January 5, 2021.

According to officials,  Sutherland was in custody overnight as the result of a fight they say he was involved in at the mental health facility where he was being treated.

In the video you can hear Sutherland as deputies attempt to escort him from his cell to the courtroom, at which time authorities say he became ‘delusional’ and ‘agitated’ and deputies ultimately removed him by force.

While Sutherland’s family asked for the video to be released, South Carolina Congressman Jim Clyburn says it was too disturbing for him to watch in it’s entirety. In a statement released Friday evening, Clyburn says quote,

“The death of Jamal Sutherland is another blight. We are back in the community where Walter Scott was killed and the Emanuel Nine perished. These were my constituents. I knew many of the victims and their families, and although I don’t believe I know Mr. Sutherland’s family, I hope to speak with them soon. I was unable to watch the entire video of his last moments. It was too much for me. Clyburn added,

“Mr. Sutherland’s death is another example that underscores why there must be real, serious reforms to our law enforcement. These things happen when people aren’t held accountable or don’t think they will be held accountable.”