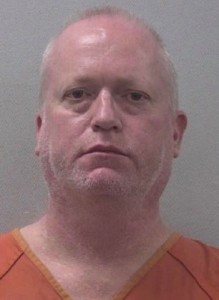 COLUMBIA, SC (WOLO)– According to the Eleventh Circuit Solicitor’s Office, a Lexington County man was given the maximum sentence after being found guilty of sexually abusing a child. Officials say 48-year-old Michael Thomas Dyer was given two life sentences for two counts of criminal sexual conduct with a minor–first degree, and he was given another 50 years for dissemination of harmful material to a minor and eight counts of sexual exploitation of a minor–first degree.

Eleventh Circuit Solicitor Rick Hubbard says “our work to protect children in our community requires a high level of commitment from our prosecutors, staff, and law enforcement.” Hubbard went on to say, “The young victim in this case demonstrated tremendous bravery in the courtroom, and this sentence helps give her the justice and closure that she deserves.”

Authorities say the investigation began in June 2020, when they received reports that Dyer was sexually abusing a nine-year-old child. Investigators say they went on to obtain evidence from Dyer’s cell phone.

Judge McLeod said “the evidence showed a series of coercive conduct, threatening at times, and taking advantage of a position of trust with a child.” Before imposing the maximum sentence, Judge McLeod stated, “it is difficult to fathom how a person could do this.”

Authorities say Dyer will be taken to the South Carolina Department of Corrections to begin serving his sentence.

RCSD shares tips on Protecting your packages from Porch Pirates