Chief Byron Snellgrove has been working in law enforcement for 38 years, and been with Cayce DPS since 1997 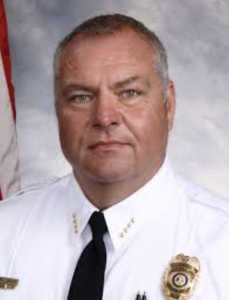 Cayce, SC (WOLO) — After more than 3 decades, The Director of the Cayce Department of Public Safety is hanging up his hat. Byron Snellgrove says he plans to retire from law enforcement after more than 35 years of public service.

Snellgrove started his career in Beaufort County back in 1982,  but has been with the Cayce Department of Public Safety since 1997 and has been the Director for the Department since 2012.

Cayce officials say his retirement is ‘bittersweet’, while they are thankful they were able to work along side him because of his ability to lead and his professionalism, they say he will never be forgotten.

“His dedication to our City, to the Department and to our amazing officers is something we will never forget,”…
“We are so thankful for his service to our City and his compassion for our citizens.”

City Manager, Tracy Hegler released a statement about his planned departure saying she is  “forever grateful for having been able to work with him. While I am happy for him being able to enjoy this well-deserved next chapter, he will be dearly missed. I know what he has done to lead an exceptional department and to protect the citizens of Cayce will not be forgotten. We are proud of him.”

Director Snellgrove is also known for various other ways he works to make the community a safer place  including working as an Emergency Response to Terrorism Instructor, Hazard Materials and Technician Instructor, and a Weapons of Mass Destructions Live Agent Instructor.

Under the leadership of Director Snellgrove, the Cayce Department of Public Safety achieved was instrumental in helping the City of Cayce achieve many accolades. Some of which include,

Snellgrove’s retirement will be effective December 31, 2021