Deputies: arrest made in a case that began earlier this month when a gang-related shooting resulted in the death of an 11-year-old girl 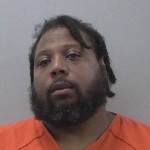 LEXINGTON COUNTY, SC (WOLO)– Lexington County Deputies say they have made a second arrest in connection to the gang related shooting death of an 11 year old girl.

Investigators say 36 year old DeCarlos Terrell Chatman, is charged with unlawfully possessing a handgun because he has been convicted of a crime of violence.  Chatman turned himself in Saturday, say deputies.

“Chatman fired multiple shots from a semiautomatic handgun while he was at the Madera Road scene near Batesburg-Leesville the night of June 9,” Lexington County Sheriff Jay Koon said. “Multiple witnesses have confirmed this to us.”

According to deputies, Chatman’s shots happened before an exchange of gunfire between multiple parties.

On June 9, Tashya Michelle Jay died from a gunshot wound and a second child, who was also injured, is expected to recover.
According to investigators, several cars and homes were also damaged in the shooting, which happened at a party near the home where the girls were shot.

“We’re still hard at work on this case,” Koon said. “We said from the start that information from the community would be helpful to us and that’s what turned our attention to Chatman.”

Koon said anyone with information about the events on Madera Road earlier this month can share the information anonymously on the Crimestoppers app or by calling 888-274-6372.