COLUMBIA, SC (WOLO)– The Sumter Police Department says a man who is already is custody for an unrelated investigation has now been charged with a murder that occurred in 2018. Police say 21-year-old Tas’Je Shakur Spann now faces charges for the death of 54-year old Marcus Brown. 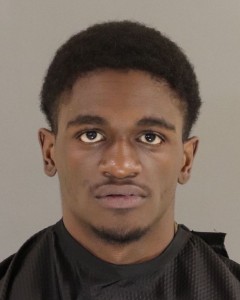 “Our determination to find answers and seek adjudication of those involved was as strong in 2021 as it was in 2018 when this tragedy first happened,” Chief Russell Roark said. “We hope that Brown’s family can now find some comfort in knowing that his shooter can be held accountable.’’

On October 30, 2018, authorities say Brown was sitting in his car outside his sister’s home on Salem Street when he hit by gunfire.

On Friday, officials say Spann was served warrants for murder and possession of a weapon during a violent crime in connection with Brown’s death. Authorities say he also has been charged with malicious injury to property, criminal conspiracy and discharging a weapon into a dwelling.

Investigators say Brown was not intended target, and the shooter meant to hit Kalvin Epps instead. They say Epps was known to stay at the residence on occasion, and he was involved in a shooting earlier that evening on Silver Street as well as other shootings in previous weeks. At the time of the shootings, police say Epps was on probation and was taken into custody in December 2018.

Both Epps and Spann are currently being held at the Sumter County Sheriff’s Office Detention Center.

Four charged for trying to get drugs inside detention center