LEXINGTON SC (WOLO) – Many of us grew up with the classic sheppard’s pie…you know, corn, mashed potato, and hamburger…super yummy, easy to make, very filling, and won’t break the bank.  This time on Tasty Tuesday, Tyler Ryan, the Manmade Gourmet, and Mary Ann from MAK’S Meals, along with a special helper, decided to step up the sheppard’s pie game…just a bit!

HERE’S WHAT YOU NEED: 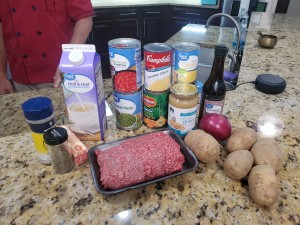 HERE’S WHAT YOU DO:

Have your helper, Haley slice and dice eight potatoes

While she is busy with KP type duty from a 1950’s Beetle Bailey cartoon, it’s time to:
Brown the burger, start the water to boil the potatoes, and slice the fresh veggies 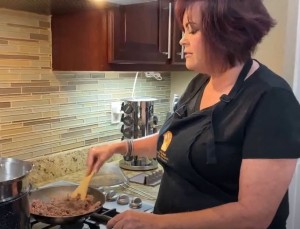 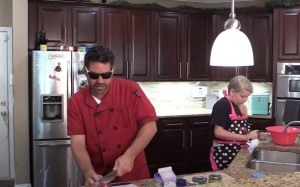 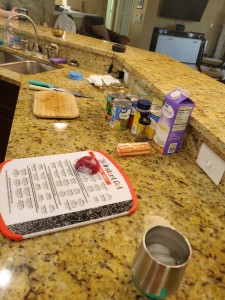 In order to speed up the process, dice the potatoes, and toss them into boiling water until soft, and add onions to the humburger 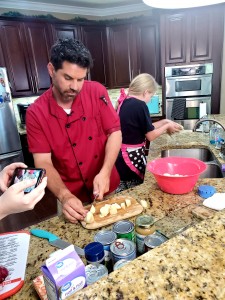 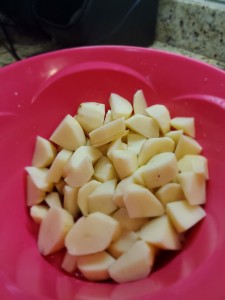 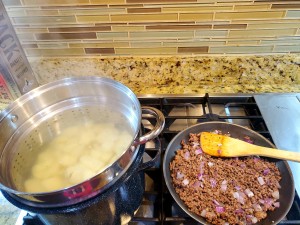 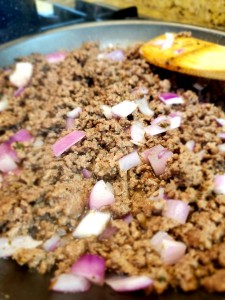 Once they are soft, start the mashing process – adding in cream, milk, and butter. 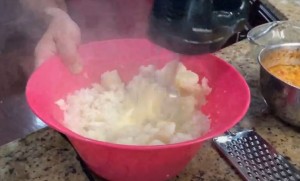 After the mashed potatoes are good and mashed…lumps or not…that is your choice, it is time to combine the vegetables with cream of chicken soup and cheddar soup and Natures Seasons/Italian spices.
Now it is time to make the magic happen – drain the hamburger, and mix it with the can of gravy.  Once you stir it up, layer the burger and gravy in the bottom of the dish. 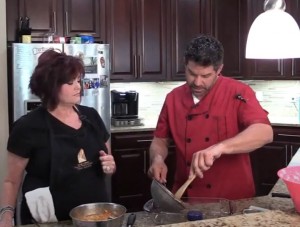 Then pour in the cheese veggie mix on top of the burger and gravy, followed by the potatoes, smoothing out, and topping it off with cheese and of course, any seasoning you would like. 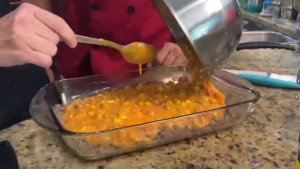 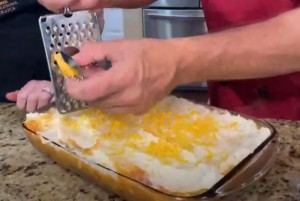 Be sure the Cookin’ Hole is preheated to 375 degree, and tell Echo to set the timer for 20 minutes. 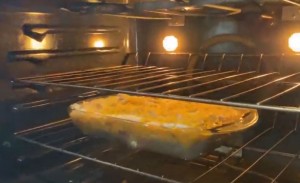 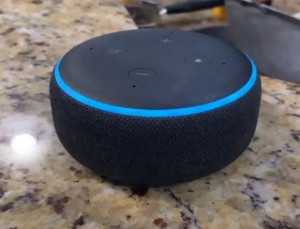 When the cheese is melted, and there is a golden brown color on your potatoes, it is time to pull it out and let it rest for about 10-15 minutes.  This will allow everything to settle, and allow for a few more minutes of cooking.  When you are ready, it is time to scoop it out, and head to the Eatin’ Table for an amazing dinner with friends and family. 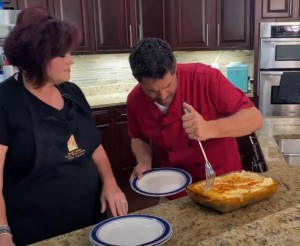 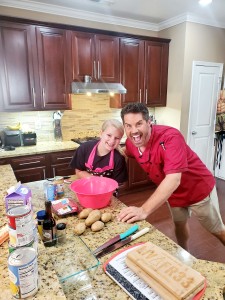 Do you have an idea for a great meal?  We would love to try our hand at it!  Email TRyan@abccolumbia.com

Tyler Ryan is an award winning television and radio personality, writer, investigative journalist, and professional emcee.  He appears daily on ABC Columbia’s Good Morning Columbia, as well as the radio stations in the iHeart Media Network.  Tyler also regularly appears as a criminal expert and journalist on regional and national crime based programs.  You can contact him directly via EMAIL Or on the socials: Tyler’s Instagram  // Tyler’s Facebook

For the Health of It: Using occupational therapy to help memory loss

Pet of the Week: Peter