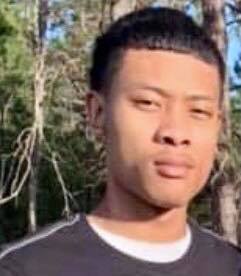 COLUMBIA, SC (WOLO)– The Sumter Police Department says they are looking for a man wanted for failure to appear in court as a witness. Police say 21-year-old Tae Lee Choice is accused of failing to appear as a witness regarding a 2017 attempted murder case.

According to investigators, Choice frequents the Apollo Road area of Sumter County and may be driving a white Honda Accord.