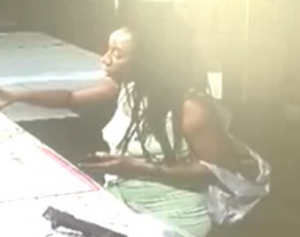 COLUMBIA, SC (WOLO)– The Richland County Sheriff’s Department is asking for the public’s help identifying a woman accused of robbery at a motel. Deputies say the incident occurred August 8 at the Red Roof Inn located in the 7000 block of Nates Road.

Authorities say the suspect was staying at the hotel and was asking the clerk for a refund. When the clerk refused to issue the refund, investigators say the woman followed the clerk behind the desk, took the register key from the clerk’s arm and opened the cash register. Officials say the woman took several hundred dollars before leaving the motel.

If you know who this woman is or have any information about this crime, submit a tip at crimesc.com.