OCSD: Orangeburg man charged with the shooting death of a woman 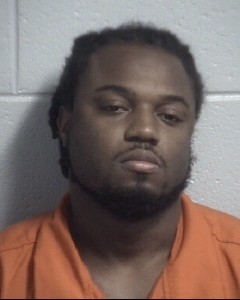 COLUMBIA, SC (WOLO)– Orangeburg County Sheriff Leroy Ravenell says a man has been charged with the murder of a woman who was shot as she tried to leave a house.

“This victim was trying to get out of this house when she was shot,” the sheriff said. “Senseless and utterly unjustifiable in any sense of the word.”

Authorities say 25-year-old Ralkeem Gidron is charged with murder and possession of a weapon during a violent crime.

According to investigators, witnesses called to report the shooting at Gidron’s residence, saying he shot the woman after confronting her in the yard.

Deputies say they saw a blue Mustang, matching description of witnesses, entering North Road after leaving the residential area. Authorities say Gidron was brought into custody after the vehicle was stopped.