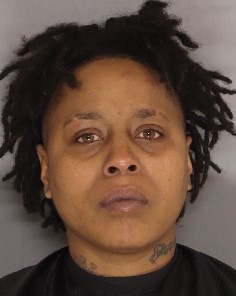 COLUMBIA, SC (WOLO– The Sumter Police Department says one woman is in custody after a shooting at a Broad Street apartment left another woman dead.

Police say the shooting took place after 1:30 a.m. Friday at an apartment in the 200 block of Broad Street. Authorities on the scene said 29-year-old Anissa Rena Robinson came out of the apartment and identified herself as the shooter. Inside the apartment, police say they found 33-year-old Shameka Nathaniel wounded. Officials say she was treated at the seen before being taken to Prisma Health Tuomey where she died.

Investigators say the couple was visiting someone who lived at the apartment complex, and the two started arguing. Authorities say they started fighting when Robinson pulled out a handgun and shot Nathaniel.

Police say Robinson is charged with murder and possession of a weapon during a violent crime. She was taken to the Sumter County Sheriff’s Office Detention Center.