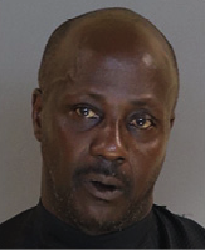 COLUMBIA, SC (WOLO)– Sumter County deputies say a man is wanted for assaulting a woman and girl on Friday. Deputies say 56-year-old Robert D. Prince is accused of hitting and choking the woman. Officials say he is also accused of swinging a sword at the woman and a 16-year-old girl.

Deputies say Prince is wanted for domestic violence, high and aggravated and assault and battery, first degree. Authorities describe him as 5’10” and weighing 200 pounds, with brown eyes and a bald head.