Authorities say the inmate escaped from an ambulance still handcuffed

LEXINGTON, SC (WOLO) – An inmate who escaped from an ambulance Wednesday has been taken into custody. 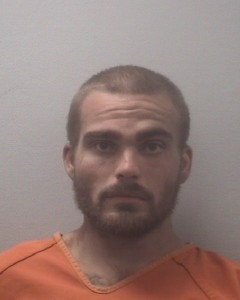 The Lexington County Sheriff’s Department says Daniel Hill III escaped from the back of an ambulance Wednesday afternoon near the intersection of Leaphart Road and Sunset Boulevard.

Deputies say Hill stole a Ford F-350 and was seen at a Bojangle’s before someone picked him up in the Red Bank area in a silver SUV. The stolen truck was found near Sunset Drive and I-20. The gun that was in that truck when it was stolen was not recovered.

The search narrowed Wednesday night to a home off Lawrence Road where SWAT deputies confirmed Hill was inside. They made contact with him and talked with him through a window. He was still in handcuffs and made no threats.

SWAT deputies entered the home off Lawrence Drive and arrested him without incident. Charges are expected to be announced Thursday.