After an initial release on Sunday, authorities determined he intended to kill his 15-year-old daughter 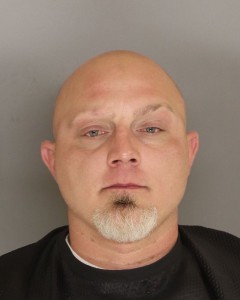 Jeremiah Charles Owings, 39, was arrested a second time Thursday night after having been released on bond. After his initial release on Sunday, authorities determined he intended to kill his daughter. The charges were upgraded and warrants for Owings were re-issued Wednesday for attempted murder, possession of a weapon during a violent crime and opposing/resisting law enforcement officers serving legal process.

Officers were called to the home after 10:45 p.m. Sunday following a 911 call from the suspect saying he had cut the girl’s neck. Police found him there while trying to stop the bleeding.
The teen was transported to a Columbia area hospital where she underwent surgery and is expected to recover.

Three other children, between the ages of 6 and 15, were in the home at
the time of the incident and were placed into emergency protective custody.

As the investigation continued and information was developed in the case, it was determined the suspect intended lethal harm when he slashed the girl with a folding blade.