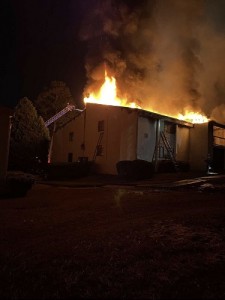 Columbia, S.C. (WOLO)–Several Midlands families will be spending the holidays away from home after an apartment fire Monday evening.

Crews with the Irmo Fire Department along with Columbia Fire, West Columbia, and Lexington responded to the Gleneagle apartments on St. Andrews Rd.

Irmo Fire officials say the fire started on the kitchen stove of a downstairs unit and spread to the attic. At least eight units were affected. Sixteen adults and thirteen children were displaced.

Fortunately no one had to be taken to the hospital, but officials say three people jumped out of a second story window to escape.

The fire was located in one building, which is a total loss, but firefighters say adjoining buildings have some damage.

The Red Cross is assisting those displaced by the fire.

INCREDIBLE video from this evening’s apartment building fire off of St. Andrews Road.@ColaFire assisted @IrmoFire & our other partnering agencies In Lexington County. Great job by everyone involved! pic.twitter.com/dVwTq3gm9a 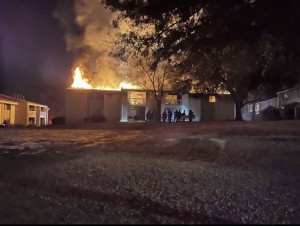 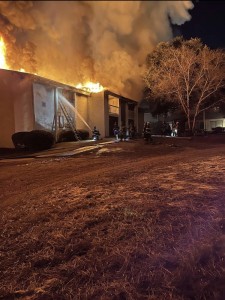