Sumter PD: Woman arrested in connection with the death of a toddler in her care 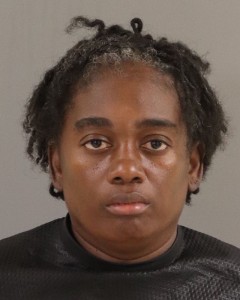 COLUMBIA, SC (WOLO)– The Sumter Police Department says a woman has been charged in connection with the death of a 21-month-old toddler that was left in her care.

Police say 48-year-old Victoria Dukes is a family member of the toddler, and was caring for the girl while her mother went to work. According to investigators, Dukes was driving the child from Sumter to Manning to return her to her family. When her immediate family was given the child, officials say she was unresponsive. Authorities say family members rushed the child to McLeod Health Clarendon Hospital, and she was pronounced dead shortly after arriving.

Police say Dukes is charged with unlawful neglect of a child, and she was denied bond Wednesday. She is being held at the Sumter County Sheriff’s Office Detention Center.

Authorities say the investigation is continuing, and charges could be upgraded pending toxicology results.