OCSO: Orangeburg man charged with fatal shooting while out on bond 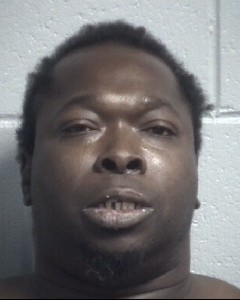 COLUMBIA, SC (WOLO)– Orangeburg County Sheriff Leroy Ravenell says a man who was out on bond is now charged with shooting and killing a Calhoun County man Monday.

“This individual was out on bond for attempted murder and also drug-related charges,” the sheriff said. “In fact, when I pulled up at the scene, I noticed he was wearing an ankle monitor which I found out was due to a condition of a prior bond.”

Around 4:40 p.m. Monday, investigators say they were notified of a shooting incident in Orangeburg. Authorities say they responded to the 800 block of Stilton Avenue where they found a man lying lying on the ground with what appeared to be an upper body gunshot wound.

The sheriff says 42-year-old Robert Hayward is charged with murder.