Sumter PD: Man out on bond for stalking and assault facing additional charge 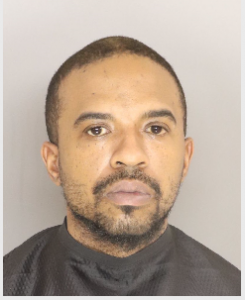 COLUMBIA, SC (WOLO)– The Sumter Police Department says who is out on bond for stalking and assault charges now faces an additional stalking charge after he threatened the same victim and made several attempts to contact her.

Police say they brought 34-year-old Kareem Sanchez Clark into custody and charged him with stalking on Wednesday. According to officials, Clark is accused of attempting to contact the victim and her associates, as well as sending messages threatening physical harm. Authorities say one of the images showed the suspect holding a gun.

Police say the initial incident occurred on November 28 around 12:20 p.m., police say they were called to a business on Broad Street. Police say a 35-year-old woman, who worked at the business, reported that Clark was stalking and threatening her. Officers say they learned of an incident that morning, where the victim was punched multiple times by the suspect while sitting in her vehicle. Officials say the victim, who was an estranged girlfriend of the suspect, suffered visible injuries.

According to investigators, the suspect continued to harass the woman after the incident, and he began watching her at work, which he could see from his apartment.

On November 29, officers say they responded to a call at the business around 10:15 p.m. Once on the scene, officers say they found the same woman who hiding outside the building. Authorities say the suspect and victim got into a dispute where the suspect threatened to kill the woman and threw a hammer at her before returning to his apartment.

Police say they spoke with the victim while other officers went to Clark’s apartment and apprehended him.

Tips to keep your pets safe from the heat