COLUMBIA, SC (WOLO)– Friday, the University of South Carolina named Dr. Michael Amiridis president-elect. Dr. Amiridis was formally introduced as a candidate Friday morning. The university says he was unanimously selected by the Board of Trustees. 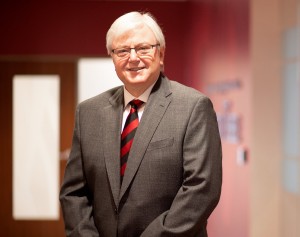 Dr. Amiridis had served as chancellor of the University of Illinois-Chicago since 2015, and previously served as provost at UofSC. He has spent more than two decades with the university in various other roles including chemical engineering professor, dean of the College of Engineering and Computing and executive vice president for academic affairs.

“I’m excited and honored to return to the University of South Carolina as its next president,” Amiridis says. “Through academics, research and its vibrant culture, the university system is critically important to the people of South Carolina and to the state’s future. I feel privileged to be able to lead this great institution.”

Introducing the 30th president of the University of South Carolina, Michael Amiridis.

Dr. Amiridis says academic excellence is one of his priorities, along with increasing diversity at the school.

“When we’re talking about academic excellence, I think the key is to ask the questions: Are we innovative enough in what we teach? Are we meeting the needs of our students where they are? How do we organize our degree programs? How do we mentor and guide our students, especially our first-generation and low-income students?”