RCSD: Woman charged with murder after stabbing man at a Columbia motel 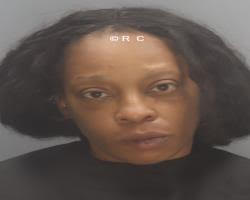 COLUMBIA, SC (WOLO)– Richland County Sheriff Leon Lott says a woman is charged with the murder of a man at a Columbia motel Tuesday morning.

Deputies say they responded to the Economy Inn on Briarsgate Circle for reports of an unresponsive man. Once on the scene, deputies say they found the man with a stab wound. Authorities say he was transported to a local hospital by EMS where he died.

Investigators say 44-year-old Shayla Dickerson, who was also at the scene, was in a domestic dispute with the man. According to authorities, she then retrieved a knife and stabbed the man.

Deputies say Dickerson is charged with murder and possession of a weapon during a violent crime. She was taken to the Alvin S. Glenn Detention Center.