The suspect has been booked into the Alvin S. Glenn Detention Center, charged with Murder 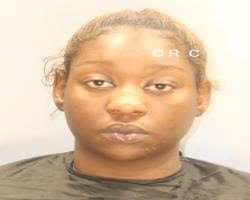 Richland Co., SC (WOLO) — A Columbia woman is behind bars tonight accused of stabbing a member of her family Tuesday afternoon.  The Richland County Sheriff’s Department was called to the  Silver Crest Drive in the Northeast end of Columbia for reports of a stabbing just before one in the afternoon.

Authorities say when they arrived on the scene they discovered a woman with injuries before she was transported by ambulance to an area hospital where she later died from her wounds.
The suspect, 27 year old Lakeisha Meyers who deputies say was a relative of the victim was arrested at the scene of the stabbing and charged with Murder.
Investigators have not yet released what led to the stabbing, or how the two individuals were related.

Richland County Sheriff Leon Lott released a brief statement about the incident saying, “It is hard to imagine what would cause someone to take the life of their relative. This is a sad example of a domestic dispute gone wrong and a woman lost her life because of it. This family is now left to mourn the loss of both family members.”