Scientists have discovered a very well-preserved dinosaur leg that they say could trace to the actual day the asteroid hit that wiped out all the dinosaurs.  The leg was unearthed in North Dakota.  Here’s an excerpt from the story:

According to Paul Barrett, a merit researcher at London’s Natural History Museum, the leg belongs to Thescelosaurus, an herbivorous dinosaur whose name means “wonderful lizard” in ancient Greek. “It’s from a group that we didn’t have any previous record of what its skin looked like, and it shows very conclusively that these animals were very scaly like lizards,” Barrett told BBC News. “They weren’t feathered like their meat-eating contemporaries.”

You can read all about it here: Dinosaur leg might be from the day the asteroid struck, scientists claim (msn.com) 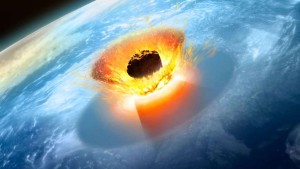