Columbia, SC (WOLO) — The cause of a 2 alarm fire at the Hampton Greene apartment homes is under investigation Wednesday night after at least half of the entire building was damaged by smoke and fire.

This was the scene off of Gills Creek Parkway just after 3:15 this afternoon when the Columbia – Richland Fire Department says the apartment fire broke out.

Fire crews tell us heavy fire could be seen spreading from the second floor to the attic of the building when they arrived. Crews were able to put the fire out in less than an hour and a half. 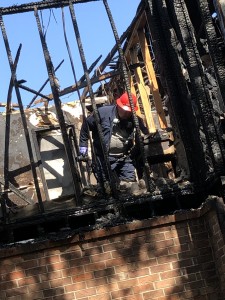 Columbia Fire tells us no one was hurt.