RCSD: Richland School District Two board member charged with threatening another board member 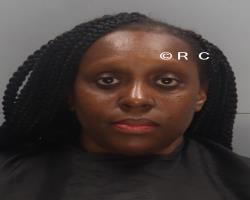 COLUMBIA, SC (WOLO)– The Richland County Sheriff’s Department says a board member from Richland School District Two has been charged with threatening another board member. Authorities say the charge comes after 41-year-old Lashonda Mcfadden made a threat during of official meeting at the school district’s office on April 28. Investigators say several others were present, and the encounter was captured in an audio recording.

Deputies say Mcfadden turned herself in on Wednesday, and she is charged with threatening the life of a public employee. She was booked at the Alvin S. Glenn Detention Center.