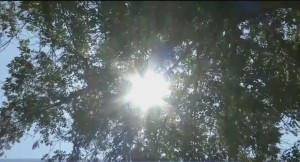 Columbia, SC (WOLO) —  Over the past few days we’ve had a small taste of what the Summer months could bring here to the Palmetto State, and while many are use to South Carolina’s steamy summers, not everyone is feeling the heat equally.

The City of Columbia has just been approved to receive a grant that will allow the Capital city along with Richland County to be part of an national and international initiative. The goal is to get a better idea of the heat related risk factors, and improve the overall quality of life in “Urban Heat Islands”, which are locations where things like buildings or asphalt can make the area hotter than other areas.

Why is this a problem? According to scientists with NOAA/NIHHIS, who funded the grant, the increase in temperatures in those specific areas can often be upwards of 20 degrees warmer which can lead to greater health risks, decreased comfortability, less productivity and in extreme cases death.

According to the National Weather Service, more than 600 people die each year from the heat, and is considered one of the highest weather related causes of death in the United States.

City officials say they will be able to use the information gathered from the 160 square miles being studied, and better determine how to reduce the risk factors extreme heat can result in.

This first of its kind study will be made public once it’s been completed, and the digital mapping  data collected will show how the heat and humidity vary from one location to another. Officials will be able to use that information to determine what steps are needed to take next to effect change.