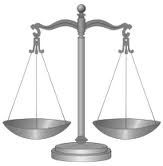 Lexington, SC (WOLO) — Lexington County Sheriff’s Deputies say a man arrested back in December charged with Criminal Sexual Conduct has will spend the next few decades behind bars.

Authorities say 34 year old Federico Reyes was who was in court this week, pleaded guilty to forcible rape during an incident officials say took place at a Cayce home. The 19 year old victim was so severely injured following the attack officials say the individual went to the emergency room with bruises and told responding deputies that she was also choked during the assault.

According to Lexington County the teenage girl was in court during sentencing an was addressed by the Judge who told her, he hope that by handing down the mandatory sentence for forcible rape allowed in South Carolina being handed down would help her “no longer feel like a victim, but a survivor.”

Assistant Solicitor Wellman spoke during the sentencing as well saying, “The trauma the victim endured at at the hands of this man is unimaginable…We wish her the best and hope she can start to heal from his heinous assault.”

According to officials, Reyes will have to serve the entire 30 year sentence and is not eligible for parole. He will also have to register as a sex offender after serving his time with the South Carolina Department of Corrections.