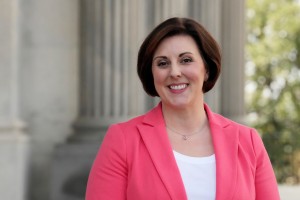 FILE – School-choice advocate Ellen Weaver smiles during a stop at the Statehouse on Monday, March 7, 2022, in Columbia, S.C. Weaver has received endorsements from a number of officials across South Carolina in her campaign for education superintendent. (AP Photo/Meg Kinnard, File)

COLUMBIA, S.C. (AP) — The third-place finisher in the GOP primary for South Carolina’s top education job has endorsed school choice advocate Ellen Weaver, aiming to give the think tank CEO a boost in the Republican runoff.

Businessman Travis Bedson told The Associated Press on Thursday that Weaver has his “full support and endorsement” as “the only choice for Republicans who want substantive change to our state’s education system.”

Weaver finished second in a six-way Republican primary on Tuesday. The top vote getter, Palmetto State Teachers Association Executive Director Kathy Maness, had a clear lead in the vote tallies but fell far short of the 50% needed to avoid a June 28 runoff.

Bedson called Maness — who has the backing of outgoing Superintendent Molly Spearman — “the very definition of what is wrong with the state of education in South Carolina.”

Both parties have crowded fields after Spearman, a Republican, decided not to run again after eight years in the job.

Spearman sometimes disagreed with other Republican leaders, especially on issues such as whether local districts should be able to mandate masks to protect against COVID-19. That schism has continued into the Republican primary.

Spearman endorsed Maness, noting that she has been a teacher and knows both the legislative process and how schools operate.

Both Coats and activist Sheri Few left the race after acknowledging they lacked a master’s degree — as required for the post under a 2018 change to state law.

Weaver also lacks a master’s. She initially said she would earn one online through Western Governors’ University before the November general election. Then she switched to a master’s in educational leadership program at Bob Jones University, a completion her campaign says remains on track. Maness has an advanced degree.

Many other Republican leaders have endorsed Weaver, the CEO of conservative think tank Palmetto Promise Institute and chairwoman of the state Education Oversight Committee. She also has the backing of previous state education superintendents Barbara Nielsen and Mick Zais.

For the Democrats, Lisa Ellis, founder of the teacher advocate group SC for Ed, had a clear lead in her party’s primary, but votes were still being counted Thursday, and it was too early to say if she could avoid a runoff against former Anderson County School District 4 Superintendent Gary Burgess or state Rep. Jerry Govan.

___ Meg Kinnard can be reached at http://twitter.com/MegKinnardAP.