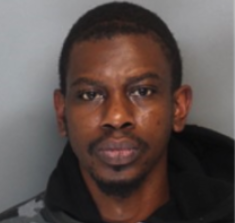 COLUMBIA, SC (WOLO)– The Columbia Police Department says officers arrested a 38-year-old man accused of shooting at multiple people at a motel on Sunset Drive. Police say Corrie D. Eleazer is behind bars at the Alvin S. Glenn Detention Center, charged with five counts of attempted murder and possession of a weapon during a violent crime.

According to investigators, Eleazer is accused of shooting at five people during an argument at the Budget Inn on Sunset Drive on April 1. Authorities say no one was injured.