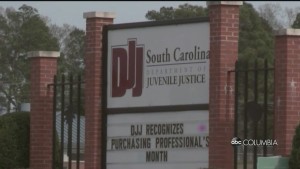 Columbia, S.C. (WOLO)–We’re learning new details about an incident at the Department of Juvenile Justice over the weekend, where a group of teens broke into a school building at the Broad River Rd. complex.
Officials say on Sunday, seven teens gained access to the unauthorized building, causing property damage to their unit and staff offices.
One was even found on the roof of a building throwing water bottles, electronics, and toiletries.
We’re now told the teens were able to smash the office door to gain access, and as a team were able to get the one teen on the roof and over the razor wire.
SLED was called in to help control the situation.
No injuries we’re reported.