Local Living is brought to you by MUSC Health

Local Living is brought to you by MUSC Health 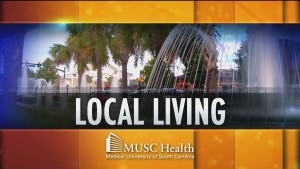 If you have a child at home, you’re probably familiar with PAW Patrol, and they’ll be pretty excited to know the entire pack is coming to the Midlands for a live studio production this fall! The action-packed and music-filled show, called “The Great Pirate Adventure” is returning to the Colonial Life Arena again this year, for two shows in October. Since its debut in the fall of 2016, PAW Patrol Live has been seen by over 4.3 million people! You can get your tickets by visiting www.coloniallifearena.com/events/detail/paw-patrol-live.