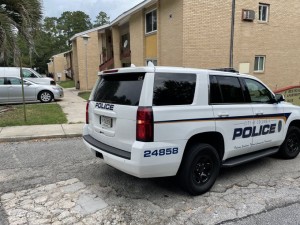 Columbia, S.C. (WOLO)–Columbia police say a man who had barricaded himself inside an apartment has surrendered.

Investigators say a man told police that the suspect pointed a gun at him at the Ft. Jackson Village Apartments and then ran into one of the units.

Police say there was never any threat against the public.