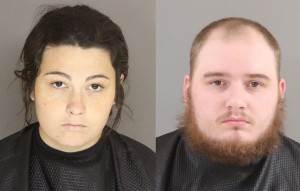 Sumter, S.C. (WOLO)– A man and woman are facing charges in the death of their newborn child.

Investigators with the Sumter Police Dept. say they responded to a Moorehead Place apartment on July 31st after a woman said she had delivered a baby prematurely two days earlier.

Police say she told them the infant was unresponsive at the time of its birth.

According to police say the father was made aware of the circumstance but did not seek medical attention or notify first responders.

Police say autopsy results show the newborn was full-term at birth and remained alive for some time without receiving aid.