One inmate dead after fight at Broad River Correctional Institutiion 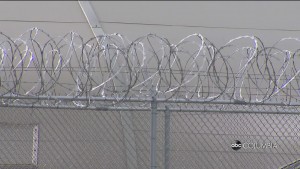 COLUMBIA, S.C. (WOLO) – An inmate at Broad River Correctional Institution was critically injured in a fight at the prison, according to the S.C. Department of Corrections.

Investigators say 36-year-old Jermaine Antonio Goss was injured in a fight with his cell mate and was taken to the hospital where he later died.

The SCDC office of Investigations and Intelligence along with the S.C. Law Enforcement Division, and Richland County Coroner’s Office are investigating.