Richland County Sheriff’s Department have arrested a man wanted for a double murder that occurred on April 12 at a Columbia apartment complex. 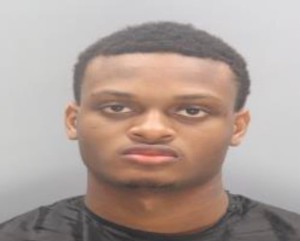 COLUMBIA, S.C. (WOLO)—Richland County Sheriff’s Department say they have arrested a man wanted for a double murder that occurred on April 12 at a Columbia apartment complex. He had been on the run for five months.

Authories say Trev’von Pinckney, 20, is being charged with two counts of murder after he shot and killed Richard Boineau and Lance Scott at Huntington Apartments.

Pinckney is also being charged with one count of attempted murder after a third victim was shot during the incident, and for possession of a weapon during a violent crime.

He was brought back to Richland County after being arrested by US Marshals in Valdosta, Georgia, say officials.

Cayce hosts 'Night Out Against Crime'